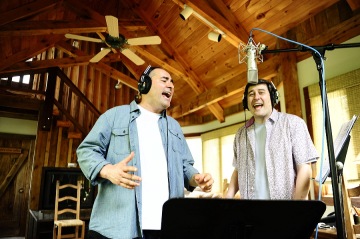 From Manchester, England, by way of Brazil, come the brothers Simoes. Pedro and Paulo (who may be the nicest and happiest guys on planet Earth) have crossed the Atlantic several times to work with Creative Soul on their first release, VIDA. Their joyful and emotional hearts are evident on their 12-song record, with vocals in both English and Portuguese.

A World Vision
It’s already apparent these guys will go to the ends of the Earth for ministry, but they have amazing plans to take their music to audiences all over the world. With a duel language product, they can speak directly to dozens of countries and millions of people. Many of their songs are personal, but many are direct praise songs, and a few well-known cover songs for good measure.